NEWS
Home / News / Encyclopedia / Do you know anything about different kinds of showers?

Do you know anything about different kinds of showers?

People's requirements for home decoration are not only reflected in comfort, but also in space saving, so how to choose between concealed shower and exposed shower?

There is a space-saving household appliance in the market-concealed shower, which has one of the most obvious advantages, that is, it saves space, and its appearance is also very fashionable, so what else? What are the advantages and disadvantages of concealed electric shower and traditional exposed shower? Let's take a look at it together. 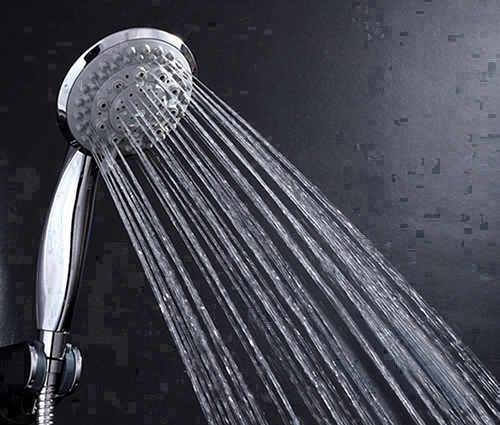 1. The whole pipe of the concealed shower is embedded in the wall, with only one nozzle and switch on the outside, which gives the whole bathroom a relatively simple style and is more suitable for small-area bathrooms. Because the bathroom area is small, the water pipe enters the wall, which saves part of the space and makes the shower room as a whole beautiful and generous.

2. Traditional showers only pay attention to the quality and water saving of showers. In today's era, people's requirements for a healthy life are no longer satisfied with pure bathing. The multifunctional concealed wall mixer is the first choice for people. Water-purifying shower refers to the high-energy purifying ball filled with purified water in the shower head, and permanent magnets inlaid on the surface, etc., which purify the impurities such as residual chlorine, bacteria and foreign matter contained in the water by magnetization, adsorption, filtration, oxidation and ionization, so as to make the water pure and enjoy a healthy bath.

3. It is difficult to repair the concealed bath shower mixer after the water pipe leaks into the wall. Nowadays, the concealed shower has various styles, and a good concealed shower unit can play a decorative role and enhance the taste of the shower room. However, the leakage of water pipes takes up space, and the exposed parts should be wiped frequently to keep their appearance bright.

4. Replacement in the future is also very troublesome, or you can choose the best concealed showers with a built-in general plastic box, which is relatively convenient for maintenance or replacement after being equipped with this box. 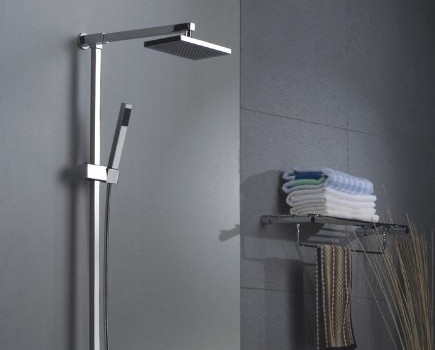 Exposed shower is a common type of shower used in general families. The control body and hand-held shower are all installed on the reserved water supply port on the concealed. The installation height is limited by the product itself, which has certain limitations.

Exposed shower is usually composed of shower faucet and hand-held shower, and there are also types of bathroom shower faucets and shower panels. The installation of exposed shower is convenient and simple. It can be used only by connecting the shower mixer set with the hot and cold water inlet reserved on the concealed surface and fixing the shower bar or hand-held shower seat. Compared with the concealed shower, the style is more optional and the price is cheaper than the installed shower. Disadvantages are that the control body and water supply hose of the exposed shower are exposed outside the concealed, which is not as good as the concealed rain shower in visual effect. The shower body and shower panel also occupy part of the bathroom space.