Shower means spraying water all over the body with a shower nozzle to achieve the bathing effect. After a hard day, have you ever complained in your heart that taking a shower is a bit boring, and you always want to linger and delay taking a shower? Do you know that with the development of science and technology, brushed brass concealed showers can be digitized and are no longer so monotonous and boring? 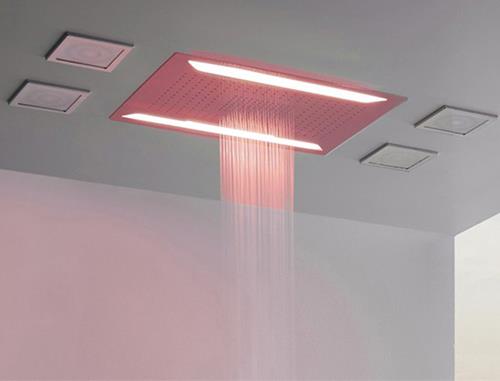 The main part of this concealed power shower is the constant temperature host, which has a temperature sensor and an electronic regulating valve. The ratio of cold water to hot water is adjusted by the electronic regulating valve to reach the set water temperature. So how do we control the thermostatic mainframe? That touch screen controller is needed, which is simply equivalent to the remote control, and it can control the constant temperature host below. As for the faucet, it is just a simple faucet. We just combine the touch screen controller with the best bathroom faucets reasonably.

Smart shower is an improvement of digital shower, which can be linked to WiFi to make shower more convenient, and can also be connected with a specific APP, so that the usage of water and electricity can be detected. Smart matt black concealed shower can also be controlled by voice, so that you can adjust the shower situation under various conditions. 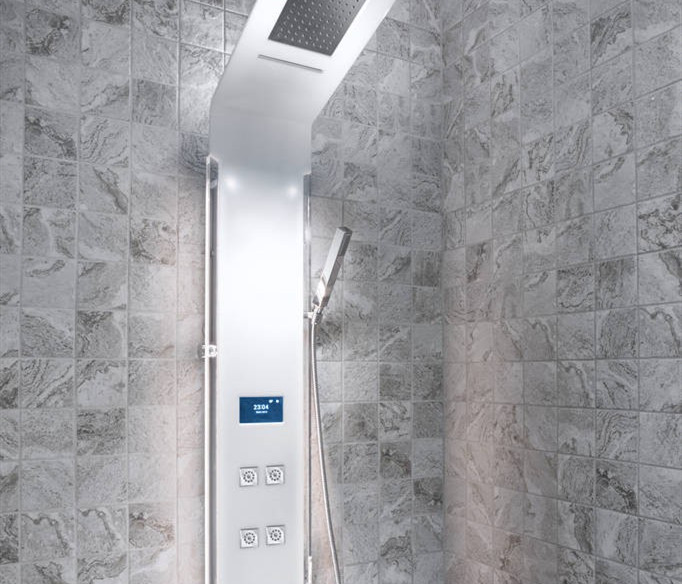 The temperature locking system in the concealed shower controls ensures that when the water heater is burning, the temperature control cannot exceed the warning value of 48°c, so as to prevent the potential scald caused by misoperation. When the user makes the water heater work for a long time due to negligence, the balanced water heater will automatically start shutdown protection after 60 minutes, so as to prevent the occurrence of safety accidents. In addition, this water heater in the concealed wall mounted bath shower mixer is more intimately equipped with 75 power-on self-tests and 48-degree safety locks, which is enough for your family to enjoy a safe and comfortable bathing experience.

Today, energy conservation and emission reduction have become the trend of the times. Saving energy and reducing carbon emissions are the most fashionable lifestyles. Our air energy water heater in the brushed gold concealed shower adopts the inverse Carnot principle, which transfers the energy in the air to the water instead of heating directly with electric heating elements, so its energy efficiency can reach 4 times that of electric water heater, that is, it heats the same amount of hot water, and the power consumption of concealed ceiling shower is equivalent to 1/4 of that of electric water heater, which greatly saves the power consumption. 70% of China's electricity is generated by burning coal in thermal power plants. Saving electricity means reducing carbon emissions.